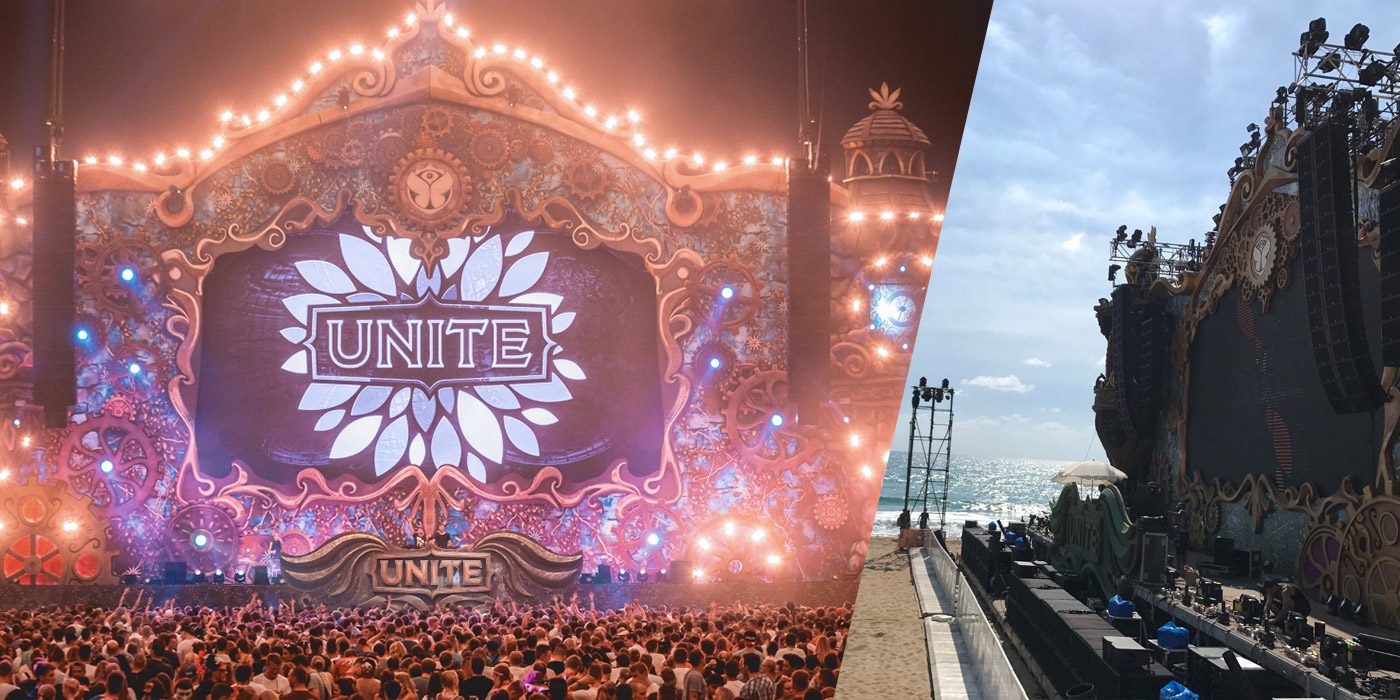 Beirut-based rental house, Loud N Clear, recently doubled its L-Acoustics K2 inventory from 24 to 48 cabinets. The expanded system was called into action to cover the Tomorrowland Unite festival in Byblos.

The rental company made its initial K2 purchase in 2016 alongside Kara, Arcs K1-SB, SB28 and SB18M cabinets. Over the course of the year the company has made a significant investment in this inventory to be able to boast 48 K2, 32 SB28, 16 K1-SB and 24 Kara with 14 LA8 racks for power and management.

The 120m deep, 50m wide beach location for the event led to the full inventory being put to use. The main PA comprised an L-R system of 16 K2 per side flown next to L-R hangs of eight K1-SB. Further low end reinforcement came from 32 SB28 ground stacked along the front of the stage. A further eight K2 per side were called into action for the delays while six Kara cabinets provided front-fill. Meanwhile, a further 18 Kara covered the VVIP and VIP areas. On stage, the DJ booth was served by four Arcs cabinets with the same number of SB18Ms delivering low end. Power and control for the system was delivered by 13 LA8 racks.

‘We faced a very hard situation to work on the sand,’ recalled Loud N Clear general manager, Roger Bou Farhat. ‘But after we installed the rig and heard the sound we were happy with the result. It was worth and all the hard work.’